Top 3 Complaints People Have About Math

Top 3 Complaints People Have About Math

It's a pretty commonly held notion that math is irrelevant and annoying. One look at this periodic google search trends graph indicates most mathematical interest is highly correlated with the school term. 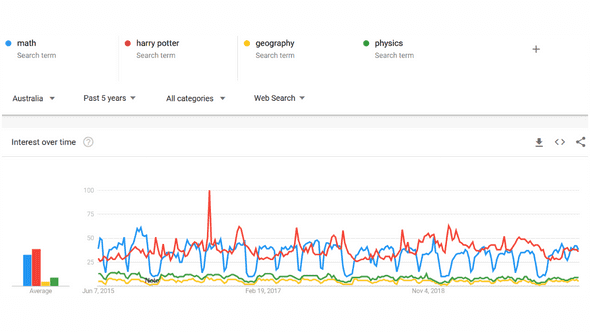 Which is a shame, as anyone who has seen the beauty in the subject can tell you, it can be a very surprising and useful tool for solving any problem you can imagine. I decided to peruse the tweets and posts of people who think math is ugly, and see if there were any common trends.

First, I checked to see what academia has to say about math attitudes.

According to research by Shoenfeld, there are a few harmful attitudes that predict math difficulties (Brook, 2014)

While I did not find any complaints referring to formal proofs or the solitude of math, I did find support for several of these points in the form of frustrated tweets and posts, and one point that indisputable chafed math malcontents the most.

3: Math Can be Done By Computers

Why should we do math, when we can make our computers do it for us? Of course we still need enough knowledge to tell the computers what to compute.

"The only 'math' I use in day to day life is to plop numbers in excel and have the program shows the numbers for me when I adjust my monthly budget, os I don't even calculate anything my self, outside that I never use any of it, I don't have to file taxes so don't need it for that either, all in all they could have replaced my math course with a course in using Microsoft Excel and I'd have been all good."

2. Math Has No Relation To Reality 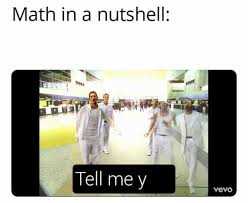 This hilarious meme seems to be communicating that math is about finding y, and not the thing y represents. One of my personal favorite aspects of maths, is that the variables in various equations can mean anything. Literally anything you want. If you want to attempt to reason about your weight with the equation, weight = biscuits/lemons, you can! It might not help you understad the real situation, but you can draw some wishful conclusions about how many lemons it takes to negate a biscuit.

"Several websites even showed me the steps to finding the right solution so I could spot the slippery place where I first veered off the Holy Sanctified Process that leads to Algebraic Nirvana–i.e., “the right answer” although of course it still means nothing to me in terms of real world relevance"

This opinion was overwhelmingly represented by people who chose to voice their frustrations with the subject online.

"After taking my fluid dynamics course, (having revived a B in the course ) I realized I have actually never thought about the math I was doing. Just memorized every detail because every single professor I have had has emphasized proofs on exams and homework over application. Now I am in heat transfer and completely unable to do any homework because I have to apply equations and solve them. If I cant find an already solved solution I'm out of luck."

"I've ALWAYS viewed math as a sequence of events to be memorized. Math to me is just memorizing calculations, I can't comprehend it the way I can comprehend a poem for example."

"I've been planning to relearn math via Khan Academy from the 1+1 level, as i am horrible, horrible at math. However, just like in school i do not really understand what is going on, only following the formulas like a robot."

"Learning about quadratic equations and graphing functions is useless. I learned all of this about 30 years and never, in my life or career, used any math beyond pre-algebra. Now I'm back in college for a career change and have to take this garbage again. And I still won't use quadratic equations and f(x) in my new career either...I know someone on here will say that doing algebra is about critical thinking. That is a total lie. It's about memorization and regurgitation . And boredom. I'm only at the halfway point in the semester and want to scream. Real screaming, not the pretend screaming I do in my head."

quora: I hate math dow do I start loving it?

"I’ve noticed that people who hate math often ask about their math problems like this: “Am I allowed to…”, like “Am I allowed to cancel these two numbers?” or “Am I allowed to take this over to the other side?”. This indicates to me that these people see math as being a set of more-or-less arbitrary rules that the teacher has permitted them to use in order to achieve an answer that will be recognized as correct by the teacher."

As fun as these math critiques are, it’s worth keeping in mind that these top 3 attitudes have some survivor ship going on. The majority of normal people do not talk about math voluntarily. Ever. Therefore, their perspectives are not expressed out loud, and remain invisible to any curious googeling. I’d venture a guess that the most common math reaction, is to suffer in silence through years of classes, before locking the lessons tightly in a dusty corner of the brain, with a quiet prayer that they’re never used or thought about ever again.

This is supported by this amusing confession:

“'Brushing up' is actually a kind of sneaky euphemism as it implies I once knew a subject and therefore only needed to refresh a set of skills to become an expert again . . . when in fact I never really learned Algebra at all!"